DART rider stories allow us the opportunity to highlight transit users' experience with DART. We take a look into their bus-riding habits and gain insight into their opinion on the importance of public transit. 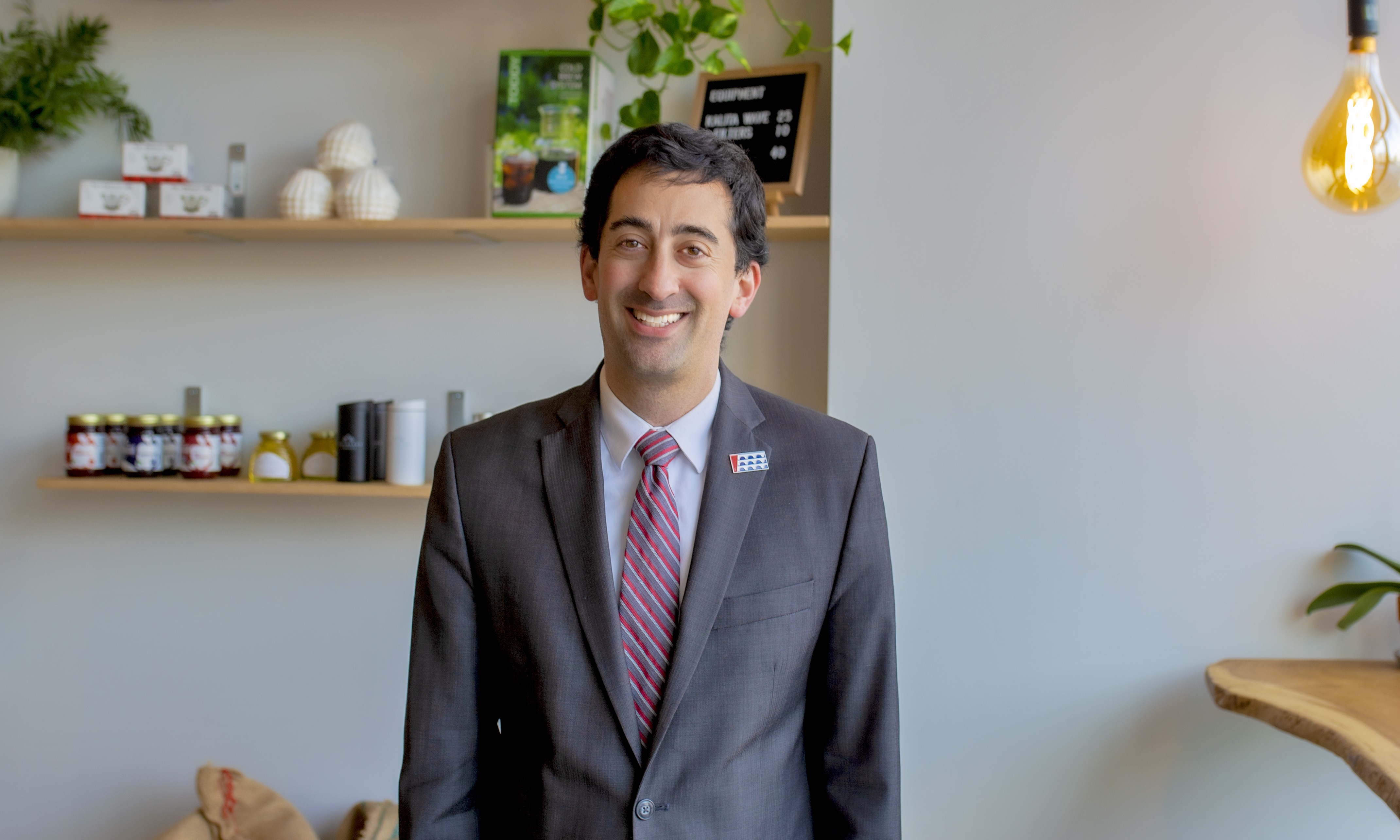 Josh Mandelbaum is a Des Moines City Councilman in his first term. He is also a member of DART’s Board of Commissioners, which is the governing body for our transportation system. He sat down with us to talk about his experience with DART and his perspective on public transportation.

“I live about three blocks from the 60, the 11 and the 5. I work downtown, and I’m about 5 blocks from DART Central Station where I work. DART is incredibly convenient for getting me to and from work. It takes me about 20-30 minutes to walk downtown, but that’s a little far for a regular commute, but if I miss my bus, I can hop on the D-Line and cut my walk in half.”

Part of Council Mandelbaum’s role as a Commissioner is to weigh the value of transportation in the present and the future. He believes that robust and strong transportation plays a vital role in building sustainable communities.

However, he isn’t focused just on public transportation as it relates to DART. Councilman Mandelbaum recognizes the importance of supporting multimodal transportation in all parts of our communities.

“Anyone who is on a bus is likely to be a pedestrian on both sides of the ride. You’re walking to that bus stop, to get on the bus, and you’re likely walking somewhere when you get off it. You’re not going to have a strong transit system if you don’t have a walking-friendly community, and a place that encourages that, and makes people feel safe and comfortable walking to your transit stops. So we should be doing everything we can to create those type of safe, pedestrian-friendly communities.”

Beyond just providing a way for people to get to work, school, errands and more, Councilman Mandelbaum sees a way that public transportation can support the local economy.

“If you want to create destinations within the city, you’re really looking at corridors and transit is a key part of that. It’s a part of allowing people to access all of the amenities you build on the corridor. It’s a part of having access to a workforce for the types of restaurants, retail shops, coffee shops, everything that gives a corridor character. You need people that can work there, and that either means they need to live nearby or they need easy access to it, and transit’s a piece of that. It’s about what you’re trying to create as a community and the economic opportunity it provides.”

Moving forward, he would like to work to increase DART’s frequency along its routes, so that buses will come more often.

“For someone like me to opt-in, so that it’s just as convenient as the car, we need better frequency. We need more routes, but the frequency of some of the existing service is the big thing. So that, if I miss a bus because I’m relying on it to get to and from a meeting. And my meeting, instead of going an hour, goes an hour and fifteen minutes, I have confidence that, regardless of when that meeting ends, I’m only 5 minutes away from catching a bus. That’s something that we should aspire to.”