DART is planning a minor change to its service which will go into effect on Sunday, June 2.

As part of this service change, DART will make updates to maps for four routes to accommodate moving a bus stop from Haymarket Mall to Merle Hay Mall. Riders should also be aware that DART will not provide school trips during Des Moines Public School District’s (DMPS) summer break. This change will only affect select trips on certain Local Routes.

DART will also make minor schedule changes to the following routes for this service change: 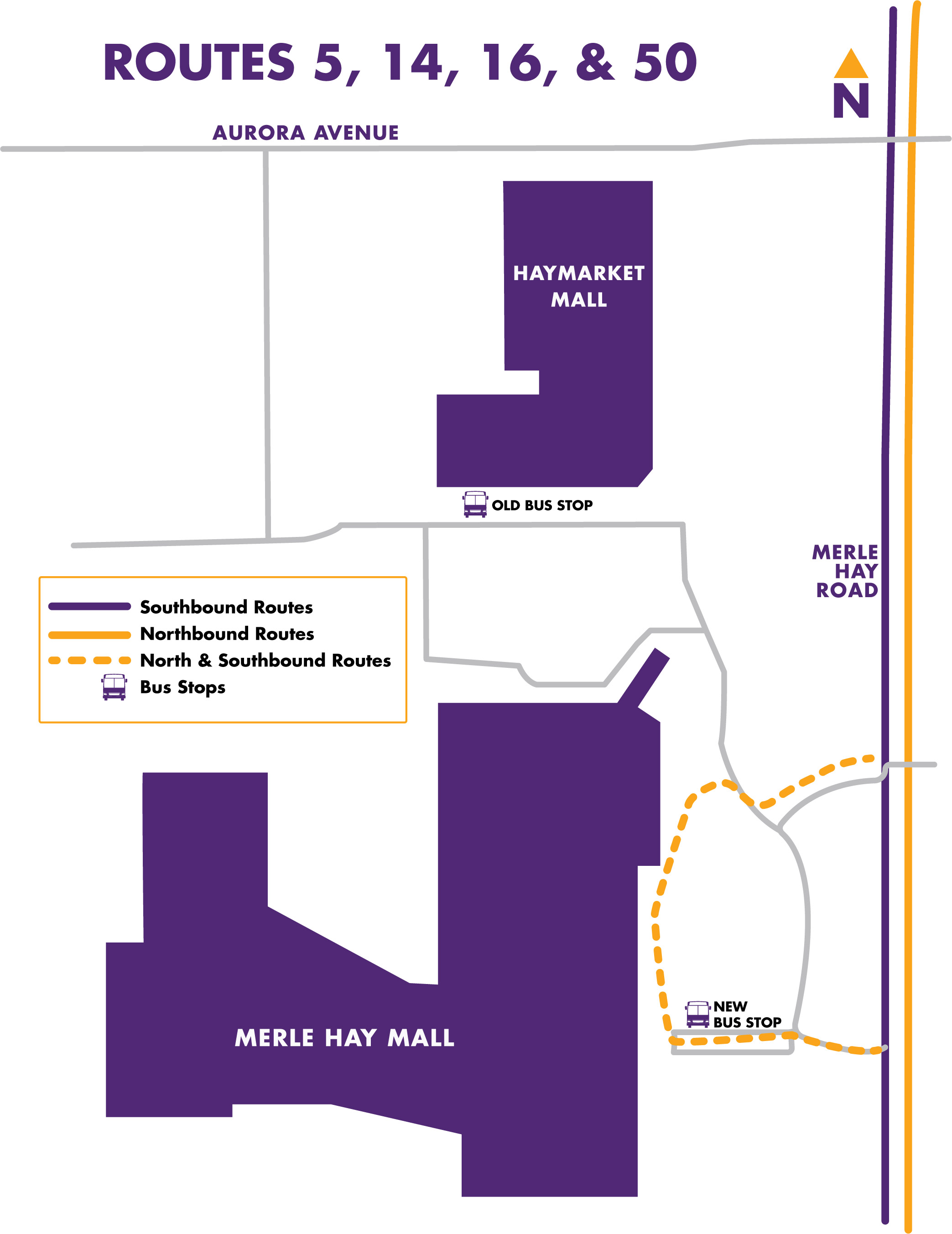 DART is planning to move the bus stop at Haymarket Mall, to the loading zone near the main entrance of Merle Hay Mall on June 2. This move will affect the following routes:

This move means that buses will no longer serve the stops at Haymarket Mall. Instead, buses will travel on frontage roads through the mall parking lot, to the sidewalks and bus loading zones near the east mall entrance.

Riders will be able to use several technology tools, including the MyDART app and Trip Planner, MyDART Text and Google Maps to plan trips to the new stop #2037. DART will update maps and schedules reflecting this change on ridedart.com on, or shortly after, June 2. However, printed maps and schedules reflecting this change will not be available to riders until DART’s next service change on August 18, 2019.

DART adds school service on certain Local Routes in the morning or afternoon during the school year. These trips transport DMPS students and staff to school and back. During summer break, DART removes service to these stops from our schedules.

In the Local Route 8 schedule shown, the orange time points indicate that buses only stop at that location while DMPS classes are in session. Therefore, until the next service change in August 2019, buses will not service the stops highlighted in orange.

Eight of DART’s Local Routes have school stops that buses will not service over the summer. These routes include:

You can locate these stops by clicking on the links above to view the schedule for each route. DART highlights the impacted school stops on schedules.

DART is making minor adjustments to the schedules for three routes as part of the June service change. These changes are being made to improve the times a bus arrives at transfer points along its route, or to improve how often the bus runs on schedule for certain trips.

Do you have a question about our June service change? Let us know by emailing DART Customer Service or by calling 515-283-8100.