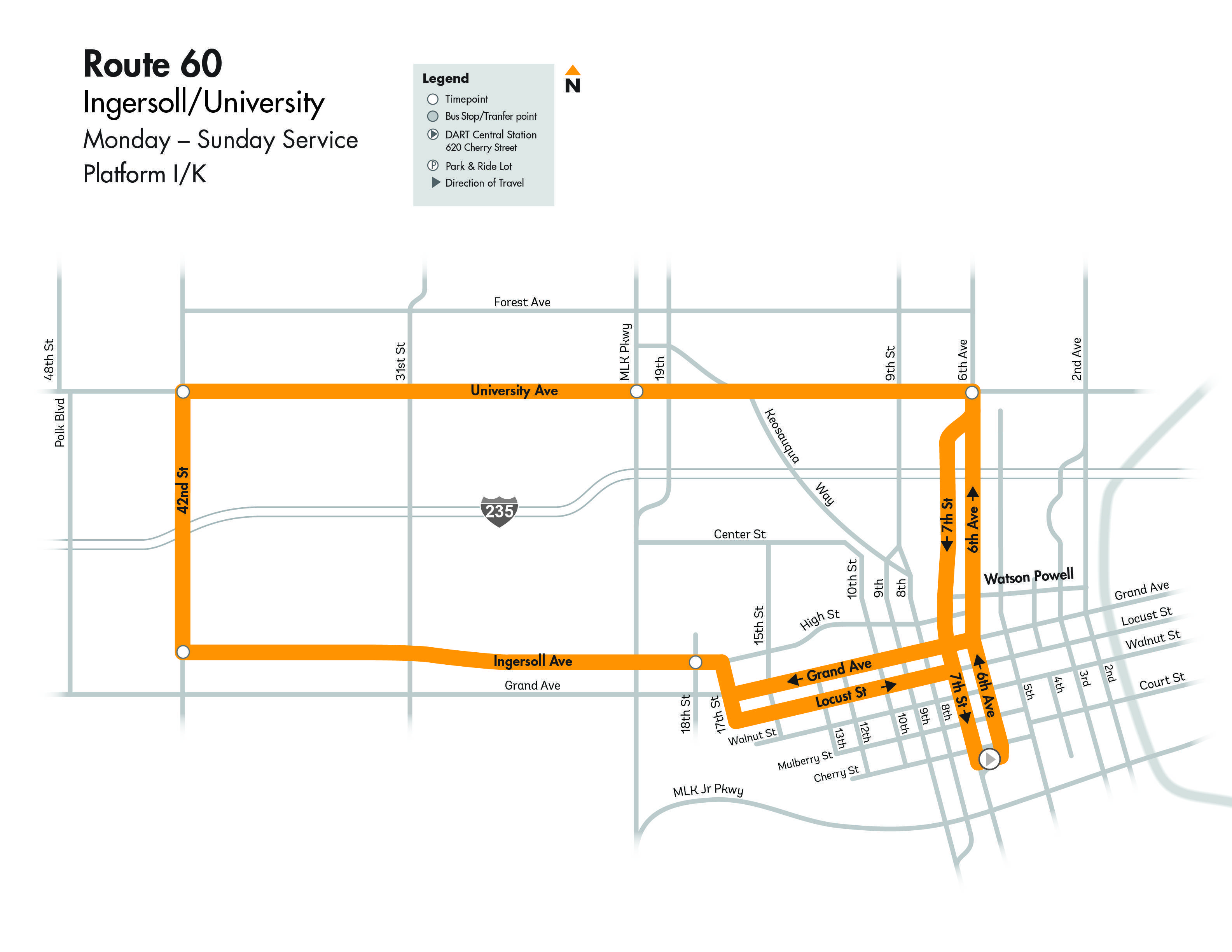 Via Ingersoll: Beginning at DART Central Station (I)

If your route is interlined with another route, you enter DART Central Station on the platform of the new route you are going to.