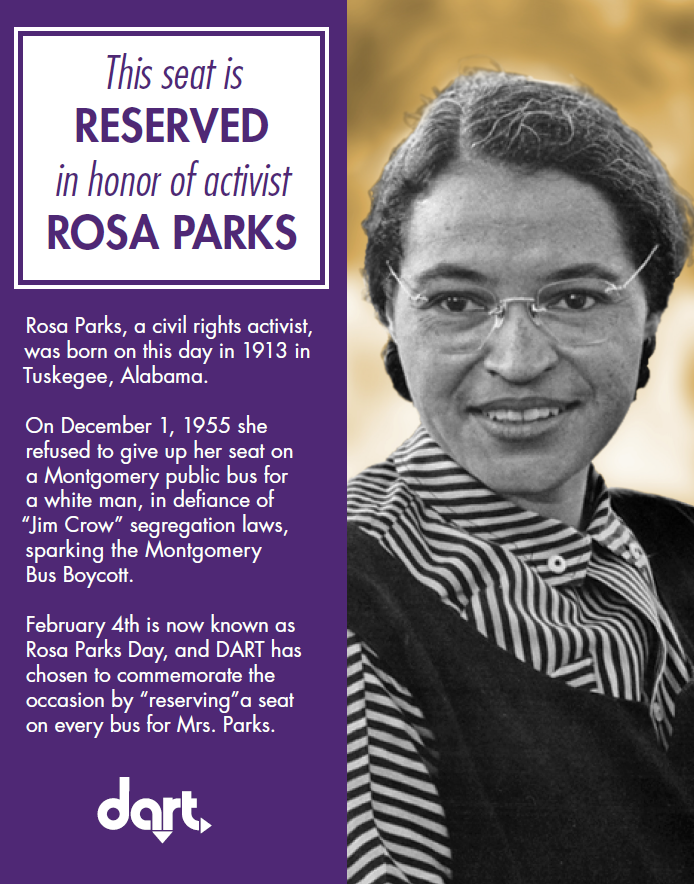 Rosa Parks, a civil rights activist, was born on this day in 1913 in Tuskegee, Alabama. She was an active member of the Montgomery chapter of the National Association for the Advancement of Colored People (NAACP) and advocated for racial justice. On December 1, 1955 she refused to give up her seat on a Montgomery public bus for a white man, in defiance of “Jim Crow” segregation laws. This brave action sparked the Montgomery Bus Boycott, a critical part of the Civil Rights Movement.

February 4th is now known as Rosa Parks Day, and DART has chosen to commemorate the occasion by dedicating a seat on every bus in honor of Mrs. Parks. DART proudly salutes Mrs. Parks and reaffirms its commitment to providing equitable public transportation for Greater Des Moines.