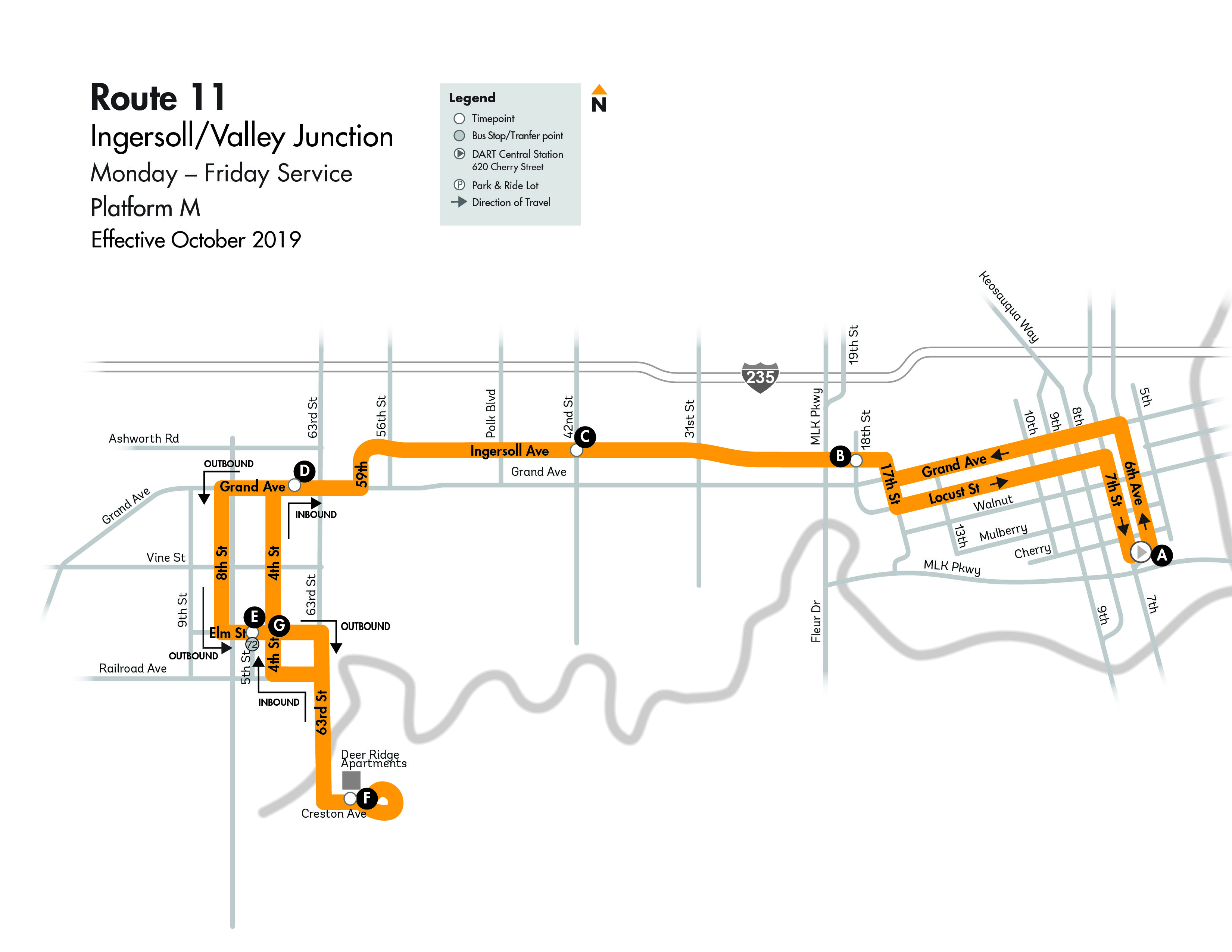 DART extended Local Route 11 to travel to the Deer Ridge Apartment Complex. This allowed DART to discontinue service on the Deer Ridge Shuttle and gives residents of the apartment complex and nearby businesses weekday transit access. This move also allowed DART to partner with Des Moines Public Schools to provide service to Merrill Middle School for students during the school year.

The change reduced frequency on Local Route 11, but does provide service for a longer span of time each weekday. DART made routing changes to Local Route 52 to help to reduce rider confusion about where to board buses and improve efficiency on the route. The change allowed DART to operate service along the same route, all-day long, and eliminated inefficient portions of the route. This route services University Avenue between 22nd and 31st St, instead of Westown Parkway. 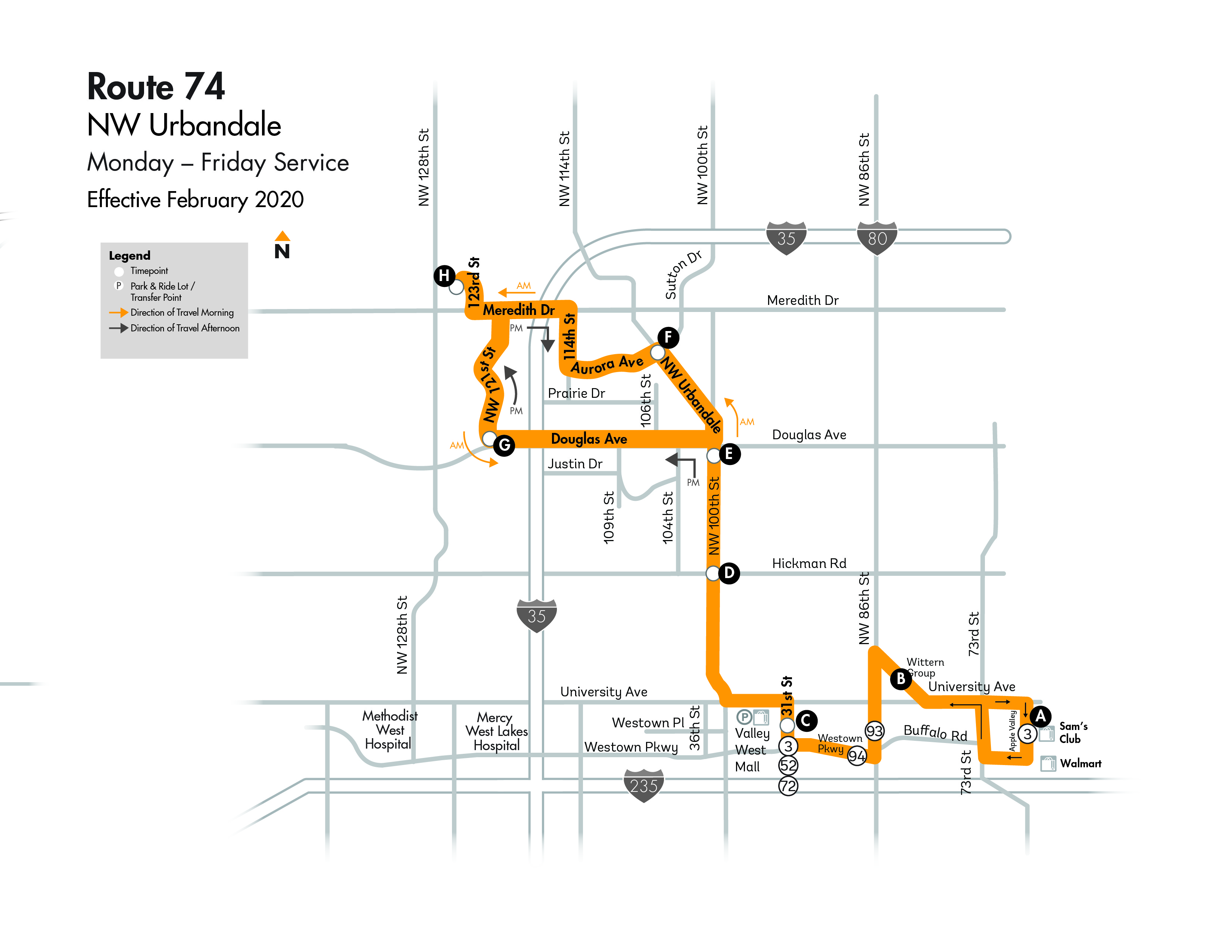 DART changed Route 74 from a Flex Route to a Local Route, discontinuing the flex zone. Upon hearing from riders, and analyzing passenger boardings for this route, DART discovered the majority of riders were not using the flex option on this route and were boarding at stops located along the existing fixed route.

DART maintained the existing schedule and route, and extended the route to the Walmart in Windsor Heights via University Avenue to serve additional employers along that corridor.

DART discontinued the Grimes/NW Johnston On Call and replaced it with an extension on Express Route 93 – NW 86th.

Under the new service, DART extended Express Route 93 to the Park & Ride lot at the Grimes Walmart, and to addresses located along SE 11th Street west of Highway 141. This allows riders in Grimes to have an option to travel to downtown Des Moines, without needing to transfer in Johnston.

DART also updated the Route 93 schedule to accommodate the extension, consolidate trips with low ridership, and start service earlier in the afternoon.

DART made schedule changes for Route 94 to better meet riders’ needs.  This included making changes to the schedule relative to other West Des Moines express routes, including Routes 95 and 96.

DART combined some trips on this route that have low ridership. The updated schedules have three morning and three afternoon trips.